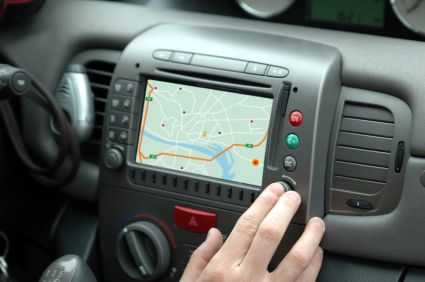 Global Positioning Systems (GPS) are a critical component when it comes to the use and application of many of the technologies, on a daily basis. Although the system was primarily designed to navigate using signals which accurately pinpoint your location, nowadays GPS and navigation systems are a common technological fixture.

However, there are many things you didn’t know about proprietary GPS and navigation systems although we are pretty much relying on the same for proper guidance. Here are a few interesting facts about this three-decade-old technology.

GPS and navigation technology: The concept which revolves around GPS technology may be similar, but the technology is not unique. This means GPS is not the only space-based radio navigation systems. It is one of the much popular and used systems globally. Russia has its own navigation system known as the GLONASS, along with Galileo in Europe and BeiDou in China. However, presently GPS and GLONASS are the only two satellite-based space radio systems that offer global coverage. The Galileo and BeiDou systems are yet to be made fully functional for global coverage.

Number of Satellites in orbit: Since GPS and navigation systems heavily rely on global satellites for positional and coverage accuracy of the signals, there are currently 32 satellites orbiting our planet. Global coverage is only possible when a total of 24 satellites work together in cohesion to provide uninterrupted signals and coverage, which was achieved back in the 90’s itself. However, today with the additional eight satellites, extra coverage is possible without any downtime when the GPS satellites are undergoing scheduled maintenance and repairs.

GPS visibility and line of sight concept: We may have 32 satellites orbiting at any given point of time, however, for GPS and navigation systems to function properly, we only need a minimum of four satellites to achieve positionally and signal accuracy. Four satellites in our line of sight will ensure uninterrupted coverage and accurate location mapping since there is constant communication between the signal sender and receiver. The signals travel at the speed of light which is constant and based on these factors it is easy to determine an accurate position for mapping.

Relativity plays a key role: Albert Einstein’s theory of relativity in simple terms states that time tends to move faster in places where there is the minimum effect of gravity, which is why the time onboard GPS and navigation satellites will be different when compared to our clocks back home. In fact, the difference of 38 microseconds faster per day will not sound so significant, but in reality, if this factor is not taken into account, the locations mapping could be off by more than a couple of miles thus affecting positional accuracy. This is also one of the main reasons why we need four orbiting satellites in line of sight to determine accuracy.

The government owns and operates GPS system: The technology might have been invented and developed by the military, to be used for advanced warfare and systems, but it was made freely available to the public after 2000. The technology is owned and operated by the government as a public domain for everyone to benefit from GPS and navigation systems which have become a major part of our routine.

Other uses of GPS:

6 Popular Air Conditioners That Can Beat The Heat

Popular foundations for 40 years and above

7 popular women’s watches that are a must try

7 things to remember before buying printers and scanners

This Is How You Can Travel Smarter